Thomas (Greg) Talbott’s Pro Tips to Negotiate with the IRS 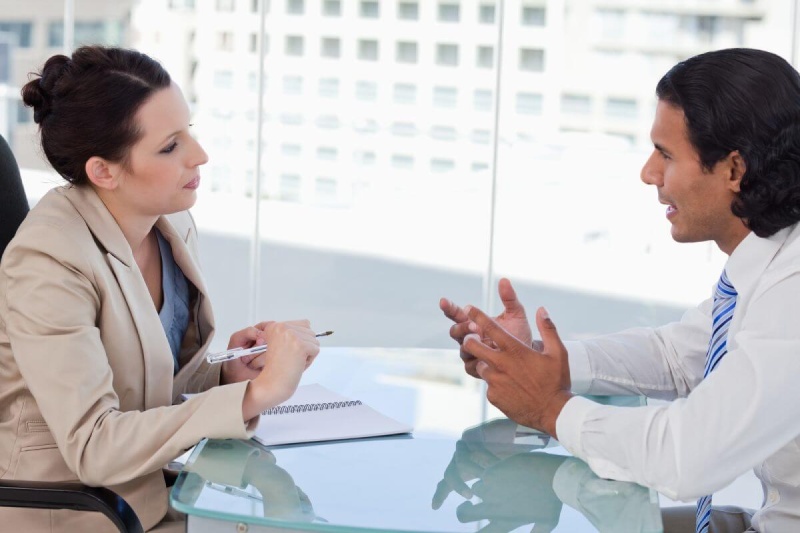 With the tax deadline firmly in the rearview, most people are enjoying pool time and picnics, free of the tax worries of springtime. (Though perhaps not free of all the inflation and stock market pressures we’re all currently facing. Hang in there.)

But that’s not true of everyone. For some unlucky few out there, things are starting to heat up with their tax situation…

This is the time of year when my office phone starts ringing with cries for help, whether it’s to deal with looming tax debt or how to respond to IRS audit letters.

Sometimes people are scared into action, attempting to work things out on their own with the IRS… just to make that feeling go away.

If you’re going to negotiate with the IRS on your own without knowledge of how they work or how to actually do it, you can find yourself in an unenviable predicament. That’s why we always say to go with an experienced tax pro who knows how to go into the belly of the IRS beast and come back with real results.

Want that kind of help? Grab a time with us:
strategictaxresolution.com/make-an-appointment

But if you do decide to strike out alone and have your own conversation with an IRS auditor, you’ll want to keep these things in mind…

Thomas (Greg) Talbott’s Pro Tips to Negotiate with the IRS
“You do not get what you want. You get what you negotiate.” – Harvey Mackay

“No negotiations.” One Google search on negotiating with an IRS auditor will tell you that’s the IRS’s official stance. However, the reality is those guys have a “case closed” quota they’re encouraged to reach… it’s how their job performance is evaluated in part.

Everyone’s got a boss they need to please including the auditor, and one thing that pleases management at the IRS is keeping a case from being appealed or going to tax court. They need that consent from the taxpayer that what was found is accurate.

Of course, you’re going to experience some pressure in this, but that also means you’ve got an open door for negotiation and some willingness to “overlook” some things to get that consent.

Keep these on your radar when talking to an IRS auditor:

The IRS doesn’t think like the rest of us.
Often, everyday logic and common sense are not what drive the IRS’s decisions or the thinking of their auditors. Solving IRS problems requires a different approach, one that’s unlike how you might normally approach a personal or business situation.

You’ve got to know how they think to fight them on fair ground. That starts with a look at their playbook: the Internal Revenue Manual (IRM). This “little” page-turner is filled with all of the IRS procedures, rules, and regulations for nearly every tax situation imaginable – from tax court litigation to audits and collections to levies and seizures. And these guys know how to use it.

Not only that, but you have to keep in mind that an auditor has no skin in the game, so they won’t be swayed by emotional appeals and won’t make decisions that are best for you. Because you’ve got a lot at risk personally when approaching a negotiation scenario, it makes you vulnerable to the dominance of the IRS’s position.

To get to a more level playing ground with this fairly frightening “opponent,” you’ve got to KNOW their rules of engagement and apply them. Learn how they think, and you’ll be able to find your way to a more successful outcome.

Passivity won’t do you any favors.
Don’t wait for the audit examination report to hit you before you ask questions. Start by asking about disallowances – which ones is the auditor already considering in the process? They’re not gonna tell you what they’re thinking and you’re not a mind reader, so getting into their thought process from the start puts you in an offensive position… a much better place in the negotiation process.

Make the IRS auditor justify their actions just as much as they want you to justify yours. If they’re not giving you an easy way out, don’t give them one either. Be your own advocate DURING the negotiation.

Like this – Say he or she is planning to make an adjustment because you didn’t give them the records they were looking for. Well, you can most certainly request some extra time to locate them or reconstruct them.

A. The IRS auditor tells Amanda, a business consultant, that deductions for the theft of her computer are being disallowed because no documentation for the loss was provided. In this case, Amanda could get her hands on a police report to give to the auditor rather than passively accepting the disallowance.

B. Maybe Stephen is claiming a new $42,000 van for his t-shirt design company, but the auditor is skeptical about whether or not Stephen needed to make that purchase since his company primarily focuses on design. Stephen could collect documentation that reflects the recent local delivery addition they added for all t-shirt orders, especially the rather large order for the school district in a nearby city.

Negotiation doesn’t mean arguing.
Meeting in the middle is the art of negotiation. This is what I mean… say you lose nearly all the paperwork you had to claim a $540 office supply deduction. Naturally, the auditor is going to look at that situation and disallow the deduction.

Rather than biting back with a hostile tone, use the opportunity to work something out here. You could say, “Even though I lost my receipts, what I’m claiming here in my reconstruction is reasonable considering that I’ve made a profit and maintained an office for which I most certainly needed to buy office supplies. Shouldn’t I be allowed at least half of that deduction?”

Trying is the pathway to possibility.
Now, a real handy, helpful thing if you find yourself in this situation is having someone on your team who is well-versed in the art of negotiation with an IRS auditor.

Think you might know a reliable tax pro well-versed in the ways of the IRS? 😉
strategictaxresolution.com/make-an-appointment